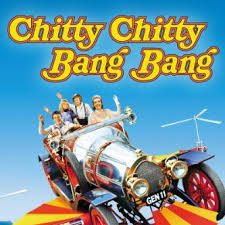 Many movies from the 1900s to the 2000s have been remade like Spiderman, Footloose. Others have made musicals such Hairspray, and Annie.  Ms. Speer said, “In the 90s, teen movies were more likely to have teen actors, so it would be more realistic than actors in their 20’s playing teens.”  She said that’s probably the biggest difference.

Between all these years of television and internet, the biggest change was in the internet.  There isn’t a specific year for the best movie quality.  Though the years, though, movies have been getting a lot more into special effects and green screens. No one know if movies will get better or worse in the future.

“I think that as the technology improves, the quality of the movies will go up in terms of effects,” Robert Ward said. The most popular genre has been action and adventure throughout a lot of the years.  It seems that those have been up in special effects with explosions and all that cool stuff.

Romance and crime have gone down on the scale.  Ms. Speer said, “A good movie has to be just like the book, if it’s from a book.  It also has to be a well-told story with a lot of stakes and a protagonist so the views can get caught and hooked into it.”

On the other hand, Robert Ward had a different view on it, “Nothing really makes a good movie, because an action movie won’t make a good romance movie.  So different genres have a different way of making it good.  It just has to have a good amount of detail so it’s understandable.”

Some recent movies have been Doctor Strange, Divergent, and The Longest Ride. Older Movies have been  Chitty Chitty Bang Bang, Titanic, and The Lion King. Different people have diverse opinions on everything between the actors, and the actual movie.