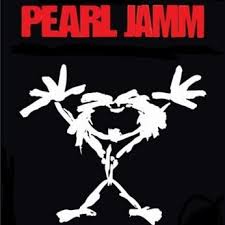 AC/DC or Kiss you go to a tribute show where their names are different but they cover all their music. Unfortunately, a Pearl Jam tribute band named Pearl Jamm is under fire from the real 90s grunge band Pearl Jam for the tribute band’s name. Pearl Jam and Pearl Jamm with two m’s are way different names, but apparently to Pearl Jam, it is too similar.

Pearl Jam asked Pearl Jamm to destroy their merchandise, email addresses, and websites for saying their name is similar to Pearl Jam and fans will get confused. Pearl Jamm is an English tribute band that is making money and having a career in the tribute band business, they are not the real deal at all because you could literally look up on YouTube, concerts of Pearl Jam throughout the years, and none of the tribute band members will look like the real Pearl Jam.

Pearl Jam came out in a letter to Pearl Jamm, according to Loudwire, that the tribute band is getting cut off because Pearl Jam is having an excuse during the pandemic to make money, which I believe is true, and also stating that they looked up to Pearl Jam and don’t know if they want to pursue music now that they are being disbanded by their music icons.

People should be able to form tribute bands and be able to peacefully play songs that can be covered legally without protest to their musical ability. According to Spin, Pearl Jamm had to be changed to Legal Jam, of all names Legal Jam? Pearl Jam gave Legal Jam so much crap that they acknowledged them after ordering them to destroy their merchandise, websites, and email addresses.

Rockstars nowadays are so fed up with COVID and the dollars they lost in concerts and they want to instantly make money back by picking on tribute bands or any other little detail in their area of expertise by using or threatening people for little to nothing about them, but threaten them to give the band money. This year has been such a hassle, especially last year in 2020 with the cancelation of concerts including Pearl Jam who was gonna tour last year, and from the looks of everything, there won’t be concerts for a while. People need it in their lives. If it were me, I would be forming a band together and play whatever locations are acceptable for bands to play. No COVID law or a person like Pearl Jam to Legal Jam should be discredited playing music for no reason. Go out in your neighborhood and form a band together and play in neighborhoods and practice in garages; let people be happy for once with live entertainment the way it should be. Stagedives, mosh pits, and just good old dancing should be allowed without masks and social distancing. Crank some guitars and basses and drums, wail on some vocals.  Let 2021 be normal with tribute bands not being threatened by their name and being allowed to play without changing their name to something stupid.