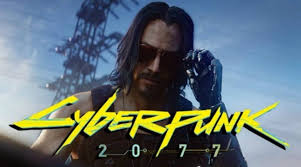 Cyberpunk 2077 is an open-world RPG focusing on the life of a mercenary in the year 2077. It was first announced in 2012 and has gained more and more attention up to its release at the end of 2020. The  game gained so much attention for two reasons, the first being that the protagonist is played by Keanu Reeves who is a well-known actor in many movies such as The Matrix, Bill and Ted, and John Wick. This was a big reason that my siblings and I wanted to play the game, we all think that Keanu Reeves is a “breathtaking” human being. Another reason that the game got so big was that the musician Grimes has a character and music in the game. Her mission is an interesting one, her having you check on her cheating S/O. But it is not as prominent in the game as Keanu Reeves’s character is.

What is the game about?

You play as a character named V who you can choose to be he/she/they. You can also choose V’s upbringing and customize their appearance. The premise of the game is that it is the year 2077 and V steals a chip and implants it in her brain. The chip turns out to have the ghost of a terrorist rock star named Johnny Silverhand on it. Johnny (played by Keanu Reeves) is known in the world to have bombed a tower owned by a corporation named Arasaka and killed many people, this happening in the year 2023. He was also the frontman of a well-known rock band named Samurai, you can find them on Spotify. If you try to take the chip out you will die, but the chip is also trying to take over your body and replace you with Johnny. You and Johnny must work together to save your life and to try to “make it to the big leagues” in the merc world.

What are some features of the game?

At the beginning of the game, you can customize your V, but when you leave the customization screen you cannot return for the rest of the game. Through the game, you can add on body modifications that can make you stronger, or even implant blades into your arms. There are shops that sell you all sorts of gear and as you level up and gain more street cred you can unlock more gear and level up your abilities such as strength, endurance, and technical ability. It is really fun to level up and see how much you can unlock in the game.

Why should you play the game?

I play the game because of the alternate endings and the plot. I have played through the game almost 3 times now and each time I aim to get a different ending. Another thing is that you can try each romance option to see which is your favorite and who you want your V to be in a relationship with. Each option is unique and loveable. The real disappointment is that you can’t romance Johnny, but oh well. It’s your decision in the game to decide whether or not you trust corporations.

Everyone can find something in the game that suits their fancy, from the music to the first-person shooter part of the game. I know that I like the plot and the jobs. I think that everyone should give it a try, and see for themselves what kind of person they would be in this dystopian future.