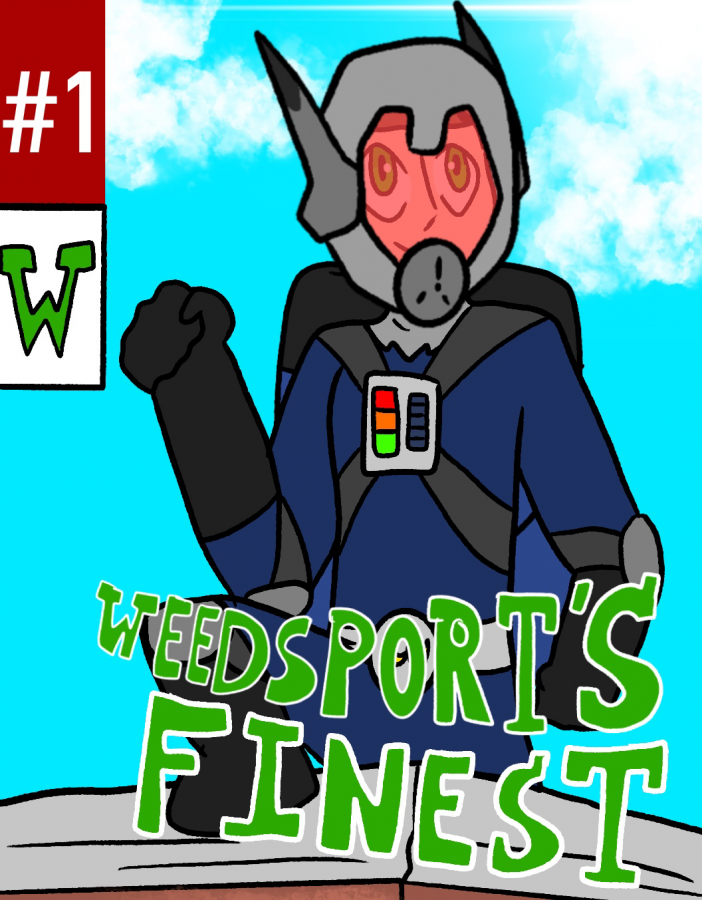 Superman: The Last Son of Krypton the most notable in Superhero comics, The Spectacular Spider-Man: The wall-crawling Web-Slinger, Rocket: The Icon what do they all have in common… They’re super iconic figures all while being virtual nobodies in their day-to-day lives, something I relate to a little too hard… I really, want to be somebody but when you live in a world populated by superheroes, and let me tell you it’s not easy especially today

With that little clue, you can probably guess that nothing has gone right for me today, and you’d be correct because on top of my boyfriend cheating on me with my bully…

… it also happens that…”We’re kicking you from the band.” I blinked twice then I did this thing where I slyly pinch myself to see if it’s a dream. “I’m sorry it’s just we found someone better.” I looked up to see the one person who’s been messing with my life ever since I became her newest target.

“Genevieve Martino,” I said, squinting my eyes feeling all sorts of enraged. Why!? Everything I have that’s good in my life has to be taken from me by this high-class wench. Oh, what sister just because you live on the outskirts bordering on Auburn you think you own everything!? “Well if that’s the case then bless your heart and have a lovely day.” I proceeded to leave, I learned the bless your heart thing from a friend of mine from Georgia. I walked to my home and nearly started crying everything had gone so wrong I didn’t even care anymore. I walked out in the billowing snow in April mind you, one of the joys of living in upstate NY. I decided who cares and made my way to DB’s. It was the closest thing and I’m not walking to Arby’s so DB’s it is.

“Hi what can I get for you?” The girl taking the order asked. My mind was wandering as it usually does so I simply asked for a chocolate milkshake and an order of fries. “Are they for here or to go?” She asked.

“Okay could you wait off to the side and your order will be right with you.” I nodded and waited. I decided to check the happenings of the Superheroes of Weedsport and wouldn’t you know it Centripetal Force arrives fighting Dark Horse. A gush of wind rushed through the area as Centripetal Force summoned and WOOSH sent Darkhorse flying through the sky, this wasn’t anything new we’ve had superheroes in the US since the second world war because you gotta fight those dang Nazi’s. but ever since then whether they got their powers by natural means, experimentation, or accidental they’ve always existed. but you probably wanna know how the fight between Centripetal Force and DarkHorse is going. Punches were thrown, energy blasts were being shot, the wind in the area was at high levels until DarkHorse finally fell to the ground exhausted which then, Centripetal tied up the villain and he was brought to the Phoenix- the world’s first air-based prison. “Ma’am here are your fries and shake.” I grabbed both and started munching. Today was starting to get better, nothing could possibly, go wrong. BOOM! went something from high up above and that’s the day known as The Battle of Champions. Villains had grabbed their gear and then the fighting started. people were running from left to right manic in the streets, I managed to shove a couple of people out of the way as they were nearly hit by energy blasts or black holes, or heck even straight-up punches. I wasn’t a hero, it was just common sense. BOOM! went a missile that sent me flying into a garage and hitting my back against some antique drawers smashing them.

“Sorry Purple Monkey,” I said achingly as I stood up I ran out and found shelter in a different garage where I saw a funky suit… intrigued I probably shouldn’t have put it on but I did anyway. It was very puffy like something out of the sci-fi magazines of the 1950s, I put on the helmet to the rudimentary suit and pressed a button, and all of the sudden everything around me was huge but, I hopped a little and I noticed I was able to jump out to the middle of the street which was fascinating. I decided to punch the ground below and I left a crack… So what was running like? I gave a deadbolt in this clunky suit and I was running faster than anticipated. I pressed another button and me and my suit were all of a sudden I was 20 ft. I noticed a villain go to land a lethal blow on a hero when BLAM! I knocked him out of the way, I heard a few snapshots behind me but I didn’t care, I am too hepped up on adrenaline. I was about to get hit when I pressed the button and I shrunk down again, I fell on my butt because dang that’s some whiplash shrinking from .1 feet. I got up and deadbolted again, this time I had the villain Hornet chasing after me. She has the same powers as me but with no qualms against using lethal force. I dodged out of the way and accidentally hit Hornet with a small electric shock. “Huh, this must be the suit’s self-defense system, very simple but effective.” I had no time to stop and think I duked it out Hornet as best I could though if you saw it you would only see what looks like two bugs fighting. I dodged and struck as best I could when it looked like I was going to be defeated, It was announced that the villainous threat had been defeated. In that moment of shock, I hit Hornet’s shrink belt and she regrew, I hit the button on my button pad and I turned huge and picked her up. I dropped her off not to the police but over to N.E.T (Neutralizing Execrable Threats). They took Hornet in and I bounced off sitting on a rooftop of The Purple Monkey. I looked out of Weedsport and knew that I have to protect my home because more villains are out there and won’t stop until destruction and chaos has been brought to any place they get their hands on.

“Listen I know you’re having your ‘I’m a hero’ moment but you wanna tell me why you took my suit?”