“The Batman” Movie: Bop or Flop? 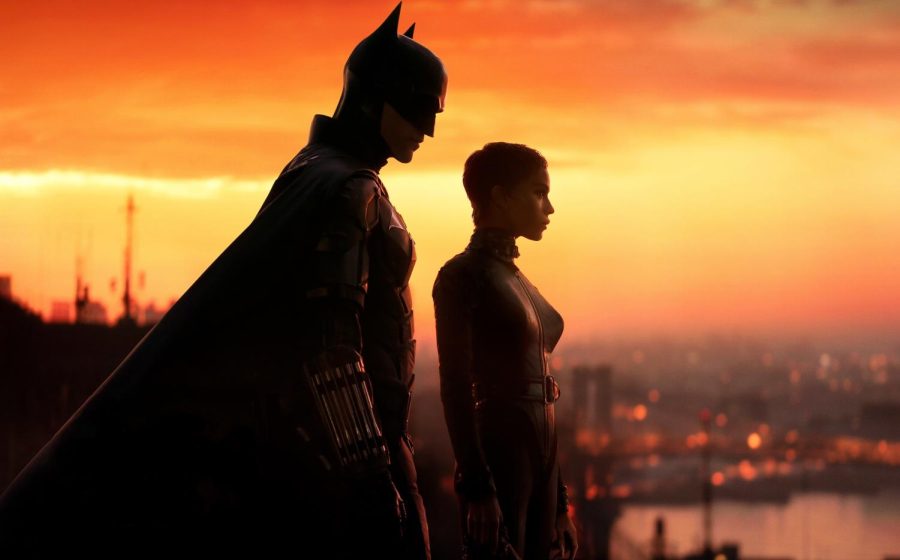 Weedsport siblings (and Johnny Green staff members) Adrihanna and Ashton Collins recently went to the movies to see “The Batman” and had different thoughts about it. Ashton thought it was a classic and Adrihanna was a little underwhelmed. Here are their thoughts:

Adrihanna: The Batman is one of the most overhyped movies of the year.

A star-studded cast, a $200 million dollar budget, and a famous action movie director (Matt Reeves: Cloverfield Lane, Dawn of the Planet of The Apes) are all ingredients for a good movie. All of this obviously comes with some hype and it did not live up to it.

I would describe myself as a moderate Batman fan. I have seen all the movies, I’ve read some of the comics, and the Batman TV shows were a pinnacle of my childhood. This movie I think appeals to the extreme fans of Batman, specifically anybody who enjoyed the comics, the TV show “Gotham”, and the “Batman Arkham” games. That being said I do think the average fan would find this movie quite boring compared to the other movies.

The plot of this movie tried to be a twisting “Se7en-esque” movie but fell short. The plot tried to be a new, fresh take on the general Batman mystery plot by adding more plot twists and characters and keeping more traditional to the comics. This ended up not transferring well to the actual cinematic experience even though it translated well in the comics.

“The Batman” had a run time of about 2h 56m. The plot was just so confused and drawn out where those three hours seemed to last an eternity.

Robert Pattinson’s Batman was excellent. He did a really great job at being the classic, brooding Batman but also leaned into the trust and mental health issues that Batman goes through that isn’t really mentioned in the other Batmans. Most movies show Batman as a vigilante who fights crime because his parents died and he wants to honor them. In this Batman, it’s shown that he fights crime to find out who killed his parents and get closure.

Overall, I think Pattinson’s Batman is one of the top Batmans of all time.

One of the greatest assets of Batman is supposed to be Alfred. Alfred is portrayed generally as the caretaker of Batman and one of the only people he truly trusts. In “The Batman,” Alfred was portrayed as a tired father trying to take care of his moody teenager. He spends most of the movie trying to urge the Batman to calm down and take care of himself and then inevitably gives in and helps him solve some of the Riddler’s problems.

The sweeter interactions of Batman with Alfred, like for instance when Alfred is in the hospital and Batman visits him, is interrupted by the plot trying to add another plot twist. The loss of the heartwarming relationship definitely affected the movie for me.

The main villain of “The Batman” was The Riddler. This version of the riddler was more of a darker Facebook-conspiracy theorist type than Jim Carrey’s cartoony prankster in “Batman Forever.” This came across really well on screen especially since it’s a darker Batman.

The Riddler’s live streams in the movie gave a really updated feeling without it feeling cringey or disconnecting. It was scarier because it showed how unhinged people can start uprisings easier through social media. It was also oddly wholesome when he thanked his subscribers for following him.

The last and final character I want to touch on is Catwoman. Catwoman is generally portrayed as an antihero in most of the movies and the comics, but in this she was just portrayed as Batman’s troubled sidekick/romantic interest. I liked this one as much as I like her other roles in different Batmans and I liked how they tried to make Catwoman less sexual than the other Catwomans.

This movie was shot beautifully. The movie used multiple different angles that make it interesting to watch.

I would give “The Batman” a 7.3/10. It’s not the best Batman movie but it’s definitely not the worst in the legacy. I’m interested to see the next installment in this series.

Ashton: Instant Classic Film That Gets a Boost From Grunge Influences

It was a very dark and cold night on March 4th, 2022. My sister Adrihanna, my mother, and myself went to the Movie Tavern in Camillus to eat and enjoy the opening night of Robert Pattison’s “The Batman.” Joined by my cousin Jack, his friend Joey and my aunt,  we went into the dark theater to watch the movie.

The beginning of the movie started out really great with a quick intro with Nirvana’s “Something in The Way” as supporting background music while the camera is being focused through the dark corrupted streets of Gotham as a dark haven of criminals and mobsters.

Riddler, played by Paul Dano, captured the essence of how corruption has plagued the lower class people of Gotham. Riddler wants to seek revenge on the higher powers that plagued the city with filth. His insiparations for the whole idelogy of the Riddler was based on Kurt Cobain, so it was a logical choice of music in the opening credits.

Dano himself studied Kurt religiously, making sure the character had the essence of loneliness and the deep dark thoughts of Kurt Cobain who took his life because of the motives and vision he had.

Colin Farrell’s Penguin was absolutely unique. It took a good four hours to make Colin Farrell literally a different person. He became this cheap short penguin-like enforcer that cleans up Falcone’s dirty work in a very dirty Iceburg Lounge, the original club he runs in the comics.

Pattison’s Batman and Zoe Kravitz’s Catwoman had a very dark tone to their romantic relationship from their outfits to their personality – particularly when Pattison plays Bruce Wayne. You can also see hints of Cobain’s mentality to the character of Batman. Cobain’s influence ranges from him not being seen by the public, not having emotion from the constant drug abuse and writing, to the passion he loves with as Batman more than Bruce Wayne. Kravitz has the skills of Catwoman – from her thievery to her looks – and is and more deadly with the whip and claws.

My overall review of the movie is a 10/10 due to many factors. I appreciate the passion of Nirvana and Kurt Cobain (which I love), my love of Batman, and how Pattison created the dark tone of Batman which should be established in real life movies instead of being just in the comics.