“So Far Away”: Staind Tour Coming to CNY 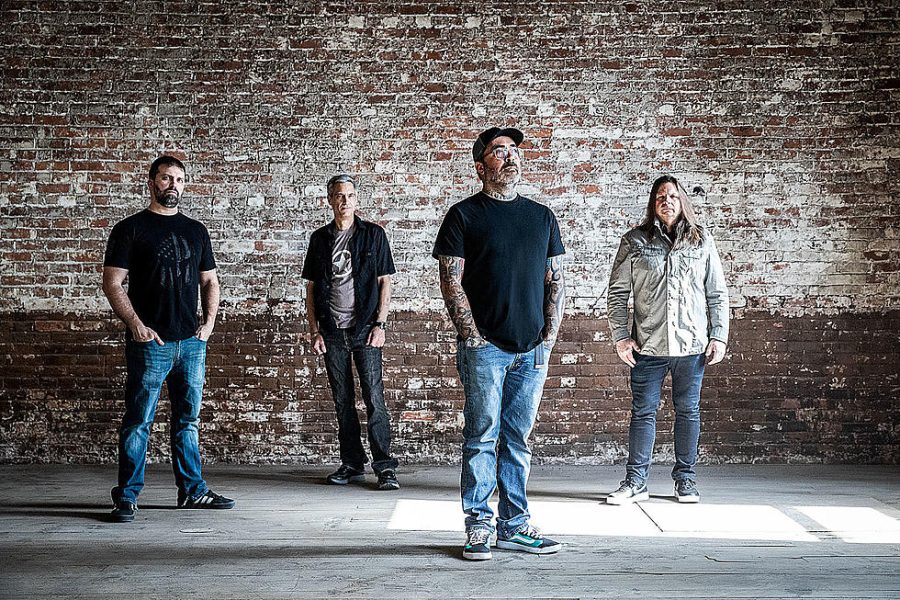 Monday afternoon, Staind announced a short US tour in September called “Evening With Staind.” The presale was announced yesterday and will continue through Thursday with the code STAIND22. Public tickets can be purchased this Friday at 10 AM.

Staind is an alternative rock band formed in Springfield, Massachusetts in 1995 by vocalist Aaron Lewis, bassist Johnny April, guitarist Mike Mushok, and drummer Jon Wysocki. They have achieved so much in the “nu metal” genre of the 2000’s through hit albums such as “Dysfunction” and radio success “Break The Cycle.”

After their 2011 self-titled “Staind” album came out, original drummer Jon Wysocki left the band due to massive arguments and frustration between the band mates making the album. So, Weedsport alumni Joe “Sal” Giancarelli became the drummer for Staind after being the drum tech for the band since the beginning.

Giancarelli has achieved so much in his musical career – from being a studio drummer for Prince and Slash of Guns N’ Roses, to being able to play with famous musicians such as Sully Erna from  Godsmack, Shaun Morgan from Seether and Adam Gontier ex-Three Days Grace/Saint Asonia.

Staind will be playing in Upstate NY on their first two US dates. Sept. 8th in Niagara Falls at the Seneca-Niagara Resort and Casino, and Sept. 9th in Verona  at the Turning Stone Casino.

Here are a few songs by Staind if you want to check them out: