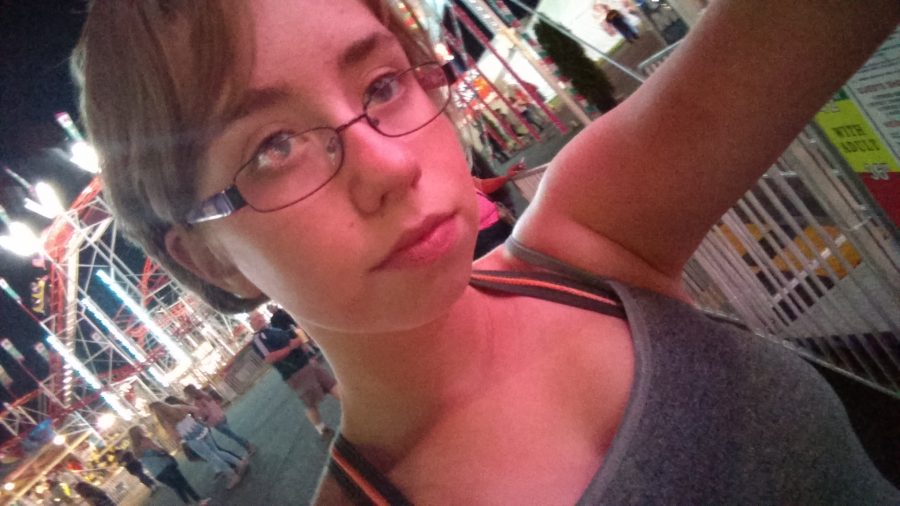 Weedsport Freshman Ann Benson has always wanted to do new things with her abilities. Recently she has been learning the oboe. “I love playing it. The only thing is that is sounds like a dying goose.”

The oboe is a woodwind instrument like a clarinet. “I like the sound of the oboe when it’s played really well, and I think it adds a lot to the band,” said Mrs. Woodworth.

Benson is skilled at playing the flute as well. “The reason I wanted to play the oboe was to have something else. I wanted to balance the flute with something different.”

She is the only band member that plays the oboe at this current time. “ I think that she is ready to go to the oboe,” said Mrs. Woodworth. “She has all the fundamentals down from the flute. She also wanted to learn a new instrument and I think that’s great.”

The difference that Ann has to worry about in going from the flute to oboe is that it uses a reed instead of blowing through the instrument. “It’s definitely not something I’ve always thought about, but I wanted to try something very different.”

Ann is also in chorus and she loves music in general. Mrs. Woodworth also gave her input on music. “I love music; it’s what I do everyday and I couldn’t imagine living without it.”