Some Tips on What Can be Done to Stop this Problem 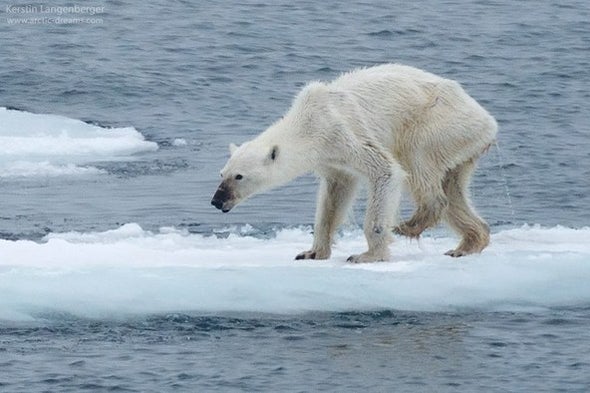 Polar bears are in danger. They are listed as vulnerable to extinction by the International Union for Conservation of Nature. Their population is decreasing each day. Due to climate change, the ice is melting which leaves them with no food and limited space to live. With no food, they starve to death. In fact, the Southern Beaufort Sea polar bears show a 40% drop in population. This drop in numbers was stunning. Studies show that declining sea ice is likely to decrease polar bear numbers, perhaps substantially.

New studies predict that most polar bears in the Arctic will become extinct by 2100 if greenhouse gas emissions remain on their current trajectory. Polar bears will most likely have reproduction failure by 2040, this reduces the number of offspring needed to maintain the population.

You may be thinking, how can I help? Luckily there are a lot of things you can do! Power your home with renewable energy, weatherize, invest in energy-efficient appliances, reduce water waste, actually eat the food you buy, buy less meat, buy better light-bulbs, and drive a fuel-efficient vehicle. Some of these things aren’t practical for some people, but a few easy ways to help are if you aren’t using a light, shut it off. Also, unplug all things that you aren’t using.

You can also help different organizations. If you head to the World Wildlife Fund, you can “adopt” a polar bear. Your gift will go towards their global conservation efforts, and you’ll receive a stuffed animal polar bear, photo, adoption certificate, species card, and gift bag. WWF is working around the Arctic to secure a future for polar bears. They have been focused on helping polar bears on the ground research and conservation projects since 1972. Climate change is the primary focus of their conservation projects.

If we don’t act fast polar bears will be gone forever.