History Was (Almost) Made Here

The Beatles Almost Reunited in Syracuse 50 Years Ago 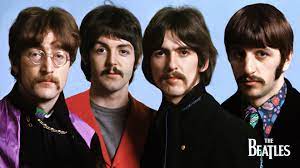 It was midnight on Saturday Oct. 9, 1971. 6,000 people are crowded into the Everson Museum in Syracuse. Some are there to look at Yoko Ono’s (John Lennon’s wife) new art exhibit “This Is Not Here”. Some are there because they had heard whispers of a Beatles reunion. The air was filled with the electric pulse of anticipation but will the rumors be deemed true?

The Beatles broke up in 1970 which is one of if not the most famous historical band breakups of all time. All of the Beatles had their own solo careers and went their separate ways. That was until 1971 when 3 out of the 4 of the Beatles were scheduled to play at the Everson Museum of Art on Oct. 9th.

John Lennon and Yoko Ono were in the Syracuse area for the opening of Ono’s art exhibit running until Oct 27th and for Lennon’s birthday. Ono’s art gallery consisted of pieces like a bubble machine filled with invisible trinkets and a pane of glass called “Painting to let the evening light through.” The exhibit enticed many people like Oren Lyens (Onedaga faith keeper), Bob Dylan, Andy Warhol, Phil Spector (producer), Allen Ginsberg (beatnik poet), and Eric Clapton.

While the museum staff were organizing for the art exhibit they were also organizing for the concert. David Ross who was the Assistant to the Museum Director at the time, job was to get equipment ready for the performance. Ross was quoted by The Post Standard saying “ It was one of the high points of my life. There was going to be a secret Beatles reunion concert, with everyone except Paul at the theater in the Everson.”

Ringo Starr (drummer) came to Syracuse, John Lennon (guitar) was already there with Ono, Paul McCartney (bass) was estranged from Lennon at the time, and George Harrison (guitar) was supposed to come but got stuck at an airport in England. With Harrison not being able to come and there being too many people at the museum the band decided to cancel.

Ross was quoted in 2005 saying to The Post Standard “That evening the doors to the Everson were broken down because people had heard there’d be a secret Beatles concert at the Everson. The entire museum was filled with people furious that it had been canceled, and we were afraid they’d trash the place. Ginsberg calmed them down. He got up with this little harmonium and started chanting, and that got everyone chanting.”

Party at the Hotel Syracuse

Instead of celebrating Lennon’s birthday at the Everson they decided to throw a party at the Hotel Syracuse. The party consisted of a guitar shaped cake that read “A Gift to John from Yoko and the Whole World” and a 45 minute performance consisting of singing, guitar, and Starr using an overturned trash can for percussion. One lucky school teacher named Avery received 26 different autographs for each of her students.

There was another possible reunion thought of in 1974. John Lennon’s girlfriend at the time, May Pang confirmed to The Post standard in 2010 that “We wanted it to be close to New York City, but not in the heart of it, where it would be a bit too crazy. John did enjoy his time there (in Syracuse) in 1971, so he just thought that if this were to happen, Syracuse might just be the spot.” The plan was put on hold when Lennon got back together with Ono, had a son with her named Sean, and then went on five year break for his son.

Ultimately Lennon was assassinated before any Beatles reunion could happen. Who knows if there would have been one in Syracuse or even a Beatles reunion in general but Ono told The Post Standard in 2006 that Syracuse was a “most beautiful memory.” and “a milestone in my life.” Maybe, just maybe she could have influenced some decisions and gotten a reunion in Syracuse. The public will never know.

In 1971, The Post Standard posted an article called “Art Or Hokum?” The article is accusing The Everson of only inviting Ono because Lennon is her husband. Below is the original article:

“The Everson Museum of Art, which has been heavy on modern art and light on traditional, will go one step further next month with –get this–the “art” work of Yoko Ono, current wife and former “other woman” of ex-Beatle John Lennon. And, as an added treat for today’s bobbysoxers, both Yoko and John will appear at the “show.” Lennon will also have some works shown.Yoko the “artist” is described as a part of the early Andy Warhol contingent. One of her works includes a ladder, on which one climbs to reach a painting on the ceiling, to which a spy glass is attached. Looking through it, one sees the word “yes.” Another is “Hammer-a-Nail-In.” For five shillings a person could hammer a nail into a block of wood.

The Everson says most of her works here will “invite active participation by the viewer. This includes a “Water Event’ in which participants provide the containers while Yoko Ono provides the water.” The art museum promises “newly conceived pieces, executed specifically for the exhibition.”

Lennon, for his part, has a “work” he has exhibited consisting of a toilet which, when flushed, plays one of his songs.

James Harithas, director of the museum, says Yoko’s work “has long deserved major recognition.” He calls it an “international form of art” of which “she is one of the earliest and most brilliant exponents.”

We wonder, however, whether the Everson is presenting her “first one-man museum show” because it is great art, or whether the exhibition was merely the means of bringing to the Everson a man whose former group he once described as “more popular than Christ.” If the latter is the case, the Everson will add greatly to its normal attendance, but at a tremendous loss of good taste and of respect in the art world.

Dear Whoever Wrote that Hokum about Art,

I’d forgotten about people like you! Well well — you still exist, of course, in other small towns across the world …

I was wondering what on earth has what the husband of the artist said, four or five years ago, got to do with the current “This Is Not Here” Show at Everson Museum by Yoko Ono? brought here by a man this town should be proud of — Jim Harithas. I mean did people really discuss Picasso’s wifes gossip. I’d also like to know since when this nameless ghost of the Post-Standard represented the so-called art world? Yoko and I are pretty close to a few artists, (we are artists!) and as artists, we can tell you that the “art world” is not in the 19th century, and one thing artists down the centuries have been up against is bourgeois mealy mouthed gossip from the “grey people’ (or Blue Meanies!). Society only likes dead artists. I’m afraid Yoko (and myself) cannot oblige.

P.S.Why don’t you come and see the art I’m sure the man you think I insulted would turn the other cheek and come.

P.P.S. You forgot to mention the other men from the former group (George Harrison) who is/was a highly religious, fervent disciple of Christ, Hari Krishna, et al.