Biden Plans to “Build Back Better” 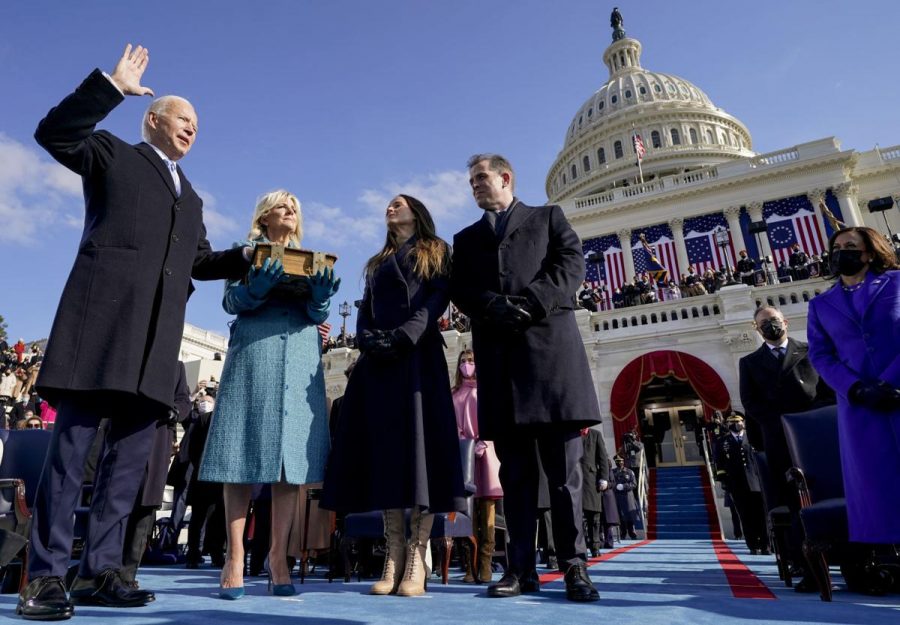 It is no secret that our country is currently in a state of great political action. From an insurrection at the United States Capitol building, a second impeachment trial, a new Senate majority, the inauguration of a new President just two weeks later, politics is in a peak moment of excitement and interest just short of three weeks into 2021. Despite the controversy surrounding the transition from President Trump to President Biden, the Biden-Harris Whitehouse is officially in, and it is time we discuss what we could expect to see from this undeniably historic administration.

Throughout the election cycle, then- Former Vice President Biden ran a campaign to “Build Back Better” that greatly contradicted President Trump’s “Keep America Great Campaign.” While the latter wished to keep America on a similar conservative track, despite rising case numbers from the COVID-19 pandemic, Mr. Biden’s message was to significantly assume a more liberal response to issues like the pandemic, financial repercussions of COVID, climate change, racial injustice, among other topics. In the end, Joe Biden’s message proved to reach more Americans, with  74 electoral votes and 4.5% popular vote leads, respectively.

The most significant actions orders are the American re-joining of the Paris Climate Accord, a federal mask mandate on federal property, halting construction of the United States-Mexico border wall, lifting of the Trump era travel ban (Iran, Iraq, Libya, Somalia, Sudan, Syria, and Yemen), recognition and counting of non-citizens in the United States census, rescission of Trump 1776 Commission, cancellation of the Keystone XL Pipeline, stops U.S. withdrawal from World Health Organization, and establishing protections for federal workers while laying out a foundation for a $15 minimum wage. These executive orders are the most immediate rejection and reversal of the Trump agenda that we will likely see as President Biden will move on enacting his own agenda within the next 100 days.

The remaining portion of “Joe’s Vision” on the official Biden-Harris 2020 website states the remainder of Joe Biden’s agenda, the most important elements consist of numerous things dotted throughout the carefully written vision. One of the most highly-discussed elements of the Biden plan is his tax plan. In its most simple terms, the President will be enacting “over a dozen” tax cuts for middle and lower-class citizens,  raising the corporate tax rate, returning the highest income tax bracket to 39.6% (37% under Trump), expansion of the Child Tax Credit, and an increase in taxes for families making more than $400,000 per year (predicted to represent 1.8% of the tax-paying population).

Biden’s plan for vaccination and COVID-19 is similarly quite different from his predecessor’s. One of the chief elements of the Biden COVID-19 Response is the enactment of the Defense Production Act. Through this wartime act that President Trump openly chose not to enact, President Biden plans to drastically increase the production of the Coronavirus vaccines to achieve his goal of vaccinating 100,000,000 Americans in his first 100 days in office. An average of 1.06 million Americans has been vaccinated over the last week.

The two most talked-about remaining elements of the Biden-Harris plan to Build Back Better are addressing the Climate Crisis and confronting racial injustice. The President has described climate change as the “greatest challenge facing our country and our world,” openly. This proved a relief to many Americans amidst the 45th President’s denial of the climate crisis. Joe Biden has seen climate change response as a way to transform America permanently into a leader in sustainable energy and manufacturing. With a 10 year investment of $1.7 trillion over the next ten years, Biden plans to embrace certain parts of the Green New Deal framework while placing the majority of his effort on incentivizing clean energy for American businesses without direct law, if possible. The Biden-Harris plan on climate change cannot be entirely summarized in this article, and readers are encouraged to read more, if interested, through Joe Biden’s website.

Lastly, the Biden plan to achieve racial equity largely surrounds the idea that systemic racism has crippled communities of color’s ability to succeed in countless ways, and economic and societal reinvestment in BIPOC Americans will allow for both racial equity and economic prosperity. The new President plans to ensure his housing plan will fully take into account the challenges faced by BIPOC Americans in housing, advocate for and pass laws that end racial discrimination in the workplace, place an emphasis on second chances, activate American leadership that racially reflects the United States, and address many other long-standing inequalities.

Overall, the main takeaway from the Biden plan for America is that it is extensive! Many helpful graphics have been made to help Americans understand the complexities of the plan and how it will affect them.