Where Have All the Memes Gone? 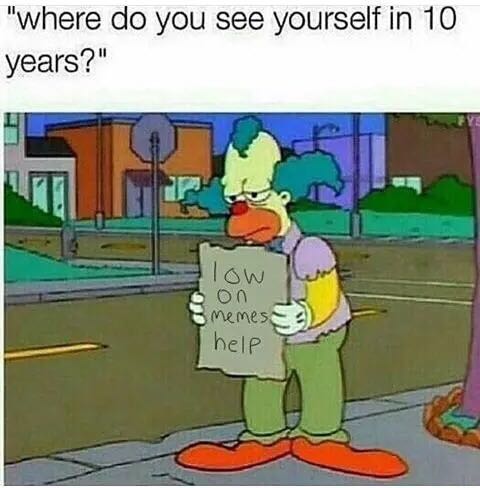 In a world where the internet is extremely prevalent, memes have become an enormous part of our culture and lives. But lately, things have begun to change. It seems that memes don’t last nearly as long as they used to and that they’re in shorter supply than usual.  What is this phenomenon happening with our meme economy and why does it seem as if we’re going through a Great Depression?

One thing most people are quick to point their fingers at is the instant gratification within our society now. Our easy access to the internet and our ability to constantly stay connected through devices leads to us being able to instantly do nearly anything we want through our phones.  This leads to a culture of impatience and inability to wait due to our brains being used to instant gratification. This could also potentially be the cause of our meme economy’s plummet. Our habit of instancy could be leading to us finding certain memes unfunny after a while. Since it’s easier to see and experience these memes, it makes it easier for these memes to die out.

Of course, meme lifespans aren’t all we have to worry about.  We also have the prevalent problem of the number of memes. Memes aren’t as common as they once were.  There are very few memes that make themselves known now. Mix this with the short lifespan of memes, and it makes memes seem even less in supply. Since memes are barely present, it causes them to seem almost nonexistent. However, not all memes die. There are certain, rare cases of meme immortality. Take Shrek, for example. The movie Shrek came out in 2001, and the internet today is still unbelievably obsessed with it.  You still hear All-Star in memes, and you still see Shrek’s face quite often. It’s almost as if this meme is immortal. It hasn’t died in nearly nineteen years, and it shows absolutely no signs of dying anytime soon.  So why are some memes immortal? Many seem to think that these memes never die because of their birth. Shrek started as a meme so long ago, so it didn’t age in the meme economy present now. This could mean that it will live much longer than most memes, and maybe even live forever.