Why SHEIN is the Worst Brand on the Market

SHEIN is destroying the morality of the world – one $7 dress at a time.

SHEIN is an online clothing brand known for its trendy clothes and cheap prices. Its direct brand to consumer business model is appealing to many teens – which probably is the reason for its $10 billion dollar revenue. Though it may seem like a good place to get the newest fashion, it is virtually where moral compasses go to die.

Fast fashion is responsible for 10% of the world’s carbon emissions. It is estimated that that number will rise to 50% by 2030. Textile dying is also the second largest source of river pollution. Fast fashion brands like SHEIN aren’t helping this problem.

Most fast fashion brands take three weeks to come out with new clothes from brain to product. SHEIN comes out with clothes 5-7 days less than competing brands. SHEIN also drops 700-1000 new pieces a day. With all of these new clothes in a short amount of time the clothes that don’t get bought go to extreme waste.

SHEIN’s clothes are mostly made of synthetic fabrics like nylon and polyester. The fabrics used don’t decay meaning that when thrown out the clothes will pollute the earth for forever. These fabrics are also low quality which will probably make them go into a landfill faster.

SHEIN claims to have an environmentally friendly process and sustainably made fabrics. They even claim that they “try their best” to use “recycled material” but have virtually no proof of any of these claims. They don’t tell you things like what kinds of fabrics or what kinds of sustainable processes they use. They also do not have any third party certification to prove that they are sustainable.

What we do know about these practices is that they use cargo planes which release a lot of emissions, use harmful chemicals, and produce microplastics. 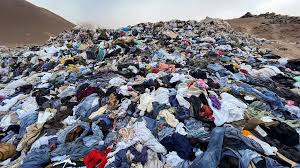 In many countries child labor laws dictate that you can start working at fourteen. With the COVID-19 pandemic more children will probably have to go work in factories. SHEIN does not specify where their offices are so you don’t know what the laws are there. SHEIN claims that they don’t participate in child or forced labor and if that rule was violated that person in charge would be fired and reported but they never show any proof that they do.

SHEIN also claims they pay people a “living wage” that is “above industry average” with benefits like “health insurance and investment plans” but you would have to be hard pressed to find a number to contact on their website to discuss this. You would think if a brand was doing something so modern they would be more forthcoming with this information.

With the cost of the clothes on the buyer’s end it is more likely that they are not paying their workers a liveable wage or using environmentally friendly processes. 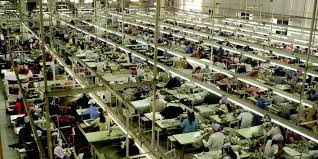 SHEIN sold muslim prayer mats that were labled as “frilled greek mats”. A few even had the Kabba which is a religious muslim building.

SHEIN is known for producing a lot of products at once but how can you come up with that many product ideas in such a short amount of time. Odds are they probably steal designs.

Tinna Menzel, a small business owner, has had her designs stolen from SHEIN six times this year. When SHEIN was contacted about copyright they offered to buy unlimited licensing at a price that was below average.

On June 19th of this year small business Flaws of Couture got their design stolen. 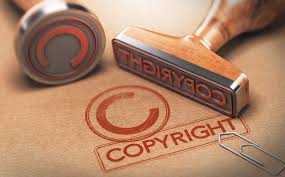 SHEIN is a brand that will choose money over people 100 times before they choose people. SHEIN should be boycotted until they are more up front about their shady business. If not workers could live in poverty, the earth could die, and peoples business can go bankrupt.