Ranking the Latest Releases in the MCU 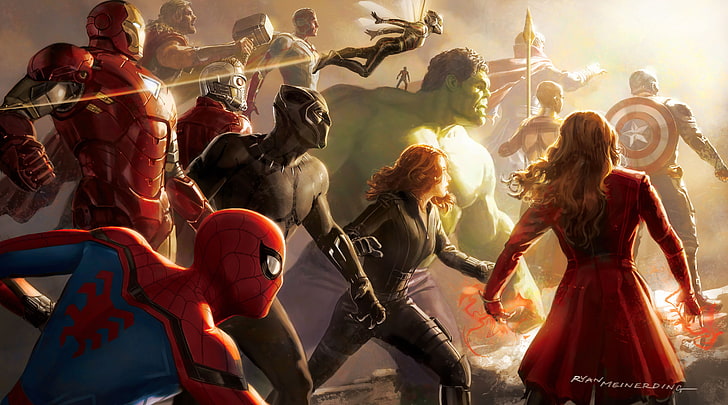 1. Shang-Chi and the Legend of the Ten Rings 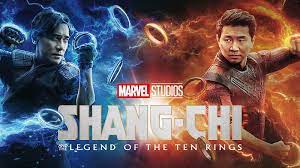 Shang-Chi was hands-down my favorite Marvel addition to date. This story follows Shang-chi, played by Simu Liu, as he battles with Xu Wenwu (Tony Leung Chiu-wai) and the Ten Rings. This movie is the first Marvel movie to focus on Asian representation and it does not disappoint. Liu’s performance as he not only battles his family but battles to find and accept all sides of himself is amazingly shown, especially since this was Liu’s first big movie. The main message of this movie is not only fighting the darkness but also accepting it. On top of the amazing storyline, the action/fighting scenes are amazing. Liu, who performed his stunts, had to learn multiple fighting styles to fully encompass Shang-chi’s character. The fighting flows smoothly and it is choreographed beautifully, although nothing less is expected from Marvel. Overall, this movie plays as a high-action comedy with heartfelt moments about family and self-acceptance. Only available on Disney+. 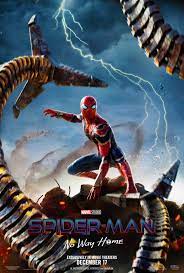 This is the most recent of the phase four movies to be released, and is the best of the Tom Holland Spider-man franchise. Tom Holland gives his best performance to date, showing the heartbreak that comes with being Spiderman. Holland’s spider-man has one of the saddest storylines in the MCU, and that isn’t stopping anytime soon. Having characters from the Webb and Raimi movies was genius on Marvel’s part, and allowed for a different experience from the other Spider-Man franchises. Doctor Strange’s part in the movie is vital and gives the audience a sense of excitement for the new Strange movie coming out later in the year. Only in theaters.

3. The Falcon and the Winter Soldier 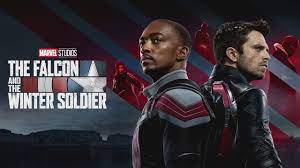 This was the second of the Disney+ shows to air in early 2021. This show focuses on the problem of race and PTSD. Falcon (Anthony Mackie) ends Avengers: Endgame with Steve Rogers (Chris Evans) passing on the mantle of Captain America. Moving onto FATWS, the show tackles Wilson tackling the prejudice a black man faces and how that plays a role in his decision-making when it comes to becoming the new Captain America. On the other hand, Bucky Barnes (Sebastian Stan) is finally free of H.Y.D.R.A and is working to become a functioning member of the new world. However, he finds this process troublesome, dealing with PTSD and the guilt of his past. On top of this, he is mourning the loss of his best friend. The two adversaries come together to fight a common enemy and develop a partnership through their shared grief and loss. This show amazingly takes on the problems of race in America, especially at such a vital time in history. Only available on Disney+. 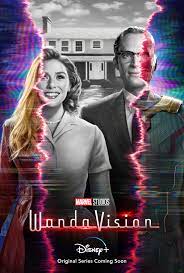 This show was the first of the phase four shows to premiere on Disney+. Due to the new and unexpected nature of it, the show was hyped up a considerable amount, and it was worth the hype. A part of what made this show enjoyable to watch was the camaraderie and excitement of all the Marvel fans watching it and experiencing this new format of the MCU for the first time. The limited series shows Wanda (Elizabeth Olsen) as she battles the grief of losing Vision (Paul Bettany), and how this loss affects her decision-making. The show takes the viewer through each decade and plays like a sitcom for the first few episodes. In the later episodes, although the show still keeps its comedic flair, it begins to play out as a traditional Marvel show, taking you through the twists and turns of the MCU. The cast is one of my favorites of all of phase four. Any MCU fan has a love for Wanda and Vision, and the newest additions to the show make it all the better and bring a sense of excitement for their development. Only available on Disney+.
5. Hawkeye 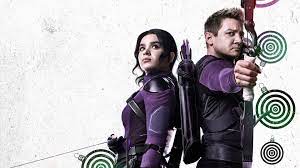 I didn’t expect to rank this show as high as I did. Of all of the Avengers, Hawkeye is one of my least favorites, so I had low expectations going into it. However, I think this show had some of the best castings of all of phase four so far. Hailey Steinfeld, who plays Kate Bishop, is perfectly cast in her role as a young girl with dreams to make a difference. Her energy on screen makes her character relatable and plays nicely into the down demeanor of Hawkeye (Jeremy Renner). They have a great on-screen chemistry that gives the show a comedic edge. Yelena Belova (Florence Pugh) makes her first appearance in the show after we left her grieving her sister in Black Widow. Barton is navigating the world after Avengers: Endgame and his stint as Ronin. He is also dealing with the guilt of Natasha’s death, and trying to make up for lost time with his family. I do wish the show played into Clint’s grief and the aftermath of Natasha’s death. Of all of the Disney+ shows, this one plays the least into the avenger’s trauma. Coming out in November, the show plays heavily into the Christmas theme, and less into how years of being a hero can affect someone. Although it was a nice break from the heavy topics covered in the previous show, I think it’s important to look at the downside of saving the world. Only available on Disney+.

Marvel’s What-If takes you through different storylines that the original timeline didn’t cover. The show has one of the coolest concepts of the phase four content. Each episode takes you through different, offbeat stories that otherwise wouldn’t appear in the MCU. The show is animated, which allows Marvel to take it to another level that wouldn’t be possible in live-action. Most of the characters are voiced by their original actors, which makes the show a little more special for viewers. Most notably, Chadwick Boseman voiced his character T’Challa for the last time, after his passing in August 2020. The show handles the issue of the multiverse, which seems to be the connecting factor of phase four, making Marvel fans wonder if some fans wonder if the show has a little more importance to the future of the MCU other than fun, unconventional show. Only available on Disney+.

Natasha Romanoff’s movie was a long time coming and was pretty good. Black Widow was one of the first and most important Avengers in the MCU, and yet was one of the only original 6 to not have a movie. The movie focuses on family and overcoming your past. The best aspect of this movie was the camaraderie between Natasha (Scarlett Johansson), and her make-shift family. They look like other families, who disagree on a surface level, but there are also deeper levels of animosity. Through the movie, you see each of the characters trying to deal with their lack of trust, while also working together to fight Natasha’s past. Yelena Belova, who is played by Florence Pugh, is the newest addition to the MCU and is the best character in the movie. From her accent to her snarky attitude, she brings the movie to another level. Of all the movies to make about Romanoff, this one was necessary to allow her character to come full circle and complete her ending in the MCU. Only available on Disney+. 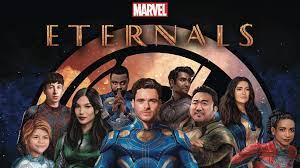 My opinion on this movie was pretty moderate, so I will keep the review brief. The movie was good as it introduced multiple characters and had a good storyline. However, the movie had a large number of new characters all being introduced, and all-important to the MCU. In earlier years, with the original 6 avengers, we had multiple movies to get to know each character and what role they played. In this movie, we saw multiple people being introduced on top of the storyline that had to be followed. This movie also confused me in the sense that I didn’t know how it connected back to the multiverse. Although I’m sure it will be revealed later, most phase four content had a clear path to show how it would later be important in phase four, while this movie seems to be a separate story altogether. Now available on Disney+. 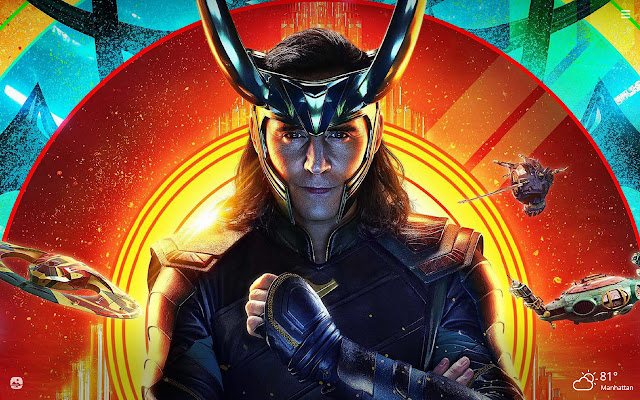 Of all the shows, this one takes the cake as my least favorite. I was excited to watch a show that dissects Loki’s character and allows for character development, but that didn’t happen. The show tackles identity, which is very important for Loki’s character, as we see him struggle with the hero/villain identity and some would think that he would find a way to grow and find himself. Which technically, he does, but not in the way most would think. We are introduced to a character named Sylvie, played by Sophia Di Martino, who we find out is a variant of Loki. They end up working together and getting close, which leads to my point. The show’s way of Loki growing is to put him in a relationship with himself. This seems to be the antithesis of the direction Loki was supposed to go in which is why the show is placed lowest. It is still important to watch as it pertains to the multiverse and has multiple characters that will play an integral part in the future. Only available on Disney+.