No Longer Human is Not For Everyone 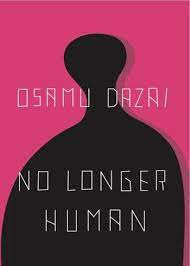 Trigger Warning: In this review I will discuss some difficult topics that come up in the novel, including sexual assault and suicide.

I read No Longer Human by Osamu Dazai, one of the lesser-known  BookTok books, and it was an interesting ride. Released in 1948, the story follows the main character Oba Yozo and is split into three different notebooks where he tells the complexities of his life.

It starts with his childhood, where he first begins to feel different. In parts of the book, he paints himself to be otherworldly, the outlier among people. In other parts he seems to think humans are the problem, and that their complexities are unexplainable. When speaking about people, refers to them as “the human beings”, an odd way to speak, but drives home his fear and lack of understanding, treating them like aliens. He can not comprehend the hypocrisy he has seen displayed all through his childhood. Growing up in a wealthy family does not help his prejudice towards humans, as he constantly sees people suck up to his family for their own gain.

He always felt like an outsider, and the only way he found he could relate to people was by playing the part of a clown. He used this facade to mask his debilitating fear of people with humor. This, however, spiraled because he then had fears of people “discovering” him and revealing his secret. He didn’t have many friends, but the ones he did he only described as having a purpose. In one case, he only becomes friends with someone because they called him out on his act. He spirals in fear and becomes friends with him to manipulate him.

During his childhood, he is sexually assaulted by a female servant and this is the beginning of his downfall in life. He decides not to tell anyone because of his lack of trust in people. This is where the book took a turn that I wasn’t expecting. He starts to specifically hate women because of his trauma, which leads to him using women and often going on misogynistic rants.

He struggles to keep himself together as he turns to drink and prostitutes to find comfort. He then engages in a relationship with a married woman which leads to his first suicide attempt. After this, he goes through many times where we can see he is trying to be better but ultimately succumbs to his addictions. Near the end of the book, there is an event that occurs that truly cements his hatred for society and we as the audience know he will never truly get to a place of recovery.

As much as I found the book interesting, there were many times that I found it difficult to continue. Some of the choices Yozo makes are not justifiable and selfish. There were parts of the book that I found disgusting. In order to read this, you have to be able to look past the surface level of the story. Reading it from a fiction standpoint, it makes it easier to find themes throughout the book, however it is noted that it is semi-autobiographical, which again can make parts of the story off-putting based on what you believe is the truth.

Typically, I find these types of books to be pretentious, but this book straddles the line in a weird way. Going into it, I expected an exploration of life and Yozo’s alienation, and in a sense, it does. However, his hatred for women manifests itself in the book and is off putting, but it also gives the story a less affected tone. Instead of telling us Yozo’s struggles and how to fix them, we get a story of a man in constant decline.

I find it hard to rate books like these because they mean different things to different people. You have to have an understanding of the author and his struggles in order to truly appreciate a book like this. I will say that I love the set up of the book. The font and layout of the text is one of the reasons I bought it. In some ways I’m concerned that writing a review of a book like this doesn’t fully discuss the range of emotions portrayed throughout the book. I would suggest reading it as I think it is an important look at a particular time and place in a culture. However, I would tread lightly. It is a difficult read, I would say if you would like to read it, check the trigger warnings first.