Anxious People: The Right Book For Our Anxious Times 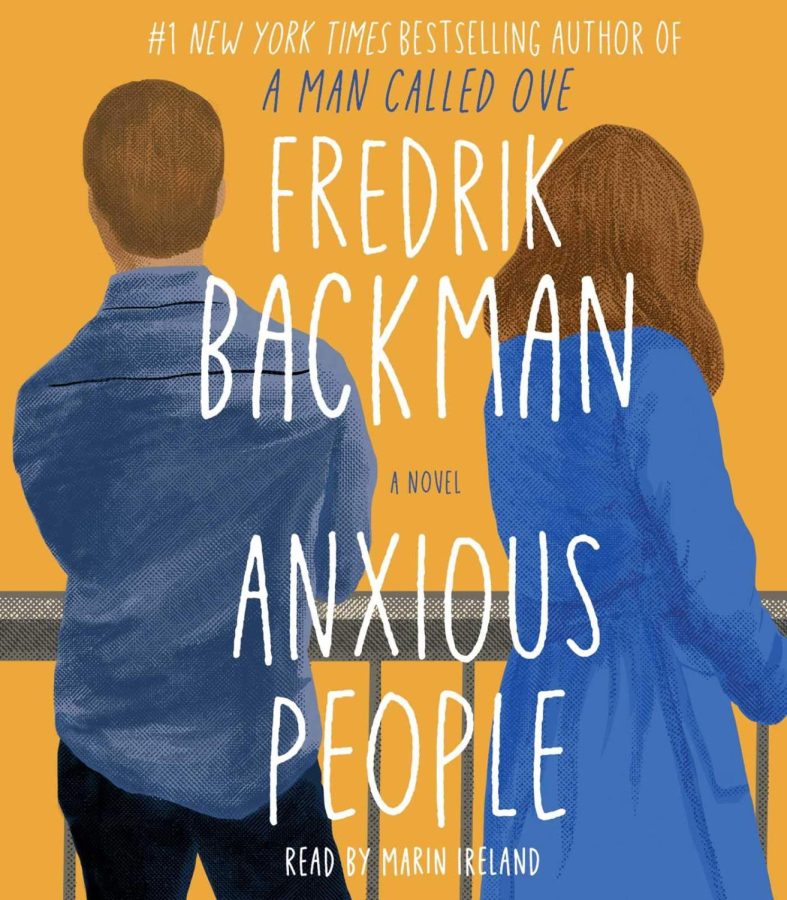 Anxious People by Fredrik Backman is about a bank robber, a hostage situation, a real estate viewing, and a whole bunch of idiots. Though this book isn’t actively talked about on BookTok, it is too important not to talk about. Although unconventional, I am going to give my rating at the beginning of this review. This book is one of my top 3 reads of the year and an easy 5/5 stars. It is witty, thrilling, and provides so much nuance to everyday life.

The story takes place when a bank robbery goes wrong, and the robber goes to the first open door they find, which happens to be an apartment viewing. What was supposed to be a simple robbery, has now become a hostage drama. It is revealed that the hostages are later released, but when the police storm the apartment, there is blood on the floor and no robber to be found. The story changes POV often, from the hostage situation to the police station as the hostages are being questioned, and the stories of the hostages and how they came to be in this situation.

It covers the story of the hostages, the police officers in charge of the situation, and other side characters who turn out to be way more important to the main plot. As the story progresses, what first seemed like a group of strangers stuck in a hostage situation, becomes a story of people who are connected through more than just this experience. One of my favorite parts about reading is seeing how all of these people have affected each other without even knowing it.

You never know more than anyone in the story, which seems confusing until you read the book. In a typical book, we see into the minds of the characters and know things about the plot that other characters don’t, but in this story, you are just along for the ride. The instability of these characters makes it hard to trust the story being told, and it isn’t until the end that you have a fully rounded explanation.

This story does cover suicide, and though it is not graphic, it is heavily delved into. Backman’s way of talking about suicide and the thoughts that can lead a person to it, makes it feel relatable. A main point in the story is to question what humans will allow and how our limits can be pushed. One of Backman’s ways of doing this is to make these characters relatable, and even if you’ve never felt these things, it evokes a sense of understanding between the reader and the characters.

This book covers a multitude of topics, but a common theme that came up was loneliness, and in my opinion, there is no better time to read this book. Many of the characters feel as though they have lost sight of who they are or their purpose in the grand scheme of life. It talks about these feelings that many people try to hide candidly. The characters display a range of emotions that are commonly felt but never talked about. They fail to communicate their feelings and don’t understand how to change. The knowledge that no one has it together is immensely reassuring when you feel that the world’s expectations are crushing.

The way the story is told in a way that feels as though you are having a discussion. The author often poses rhetorical questions and speaks directly to the audience, giving the book a unique quality. Characters’ personalities could not be more different but mesh so well. This paired with Backman’s writing style makes for perfect comedic timing, even when covering heavy topics. The story gives a complex view of humans and what makes them tick. Managing a world that seems like it was made for everyone else but you.

This story is about everything and nothing. It is such an outlandish story that relates to everyday topics. It is incredibly written with complex characters that make you feel normal. After finishing the book, your first thought will be maybe I’m not so alone, and that can be comforting to anyone.