The View From Both Sides of the Dress Code Debate 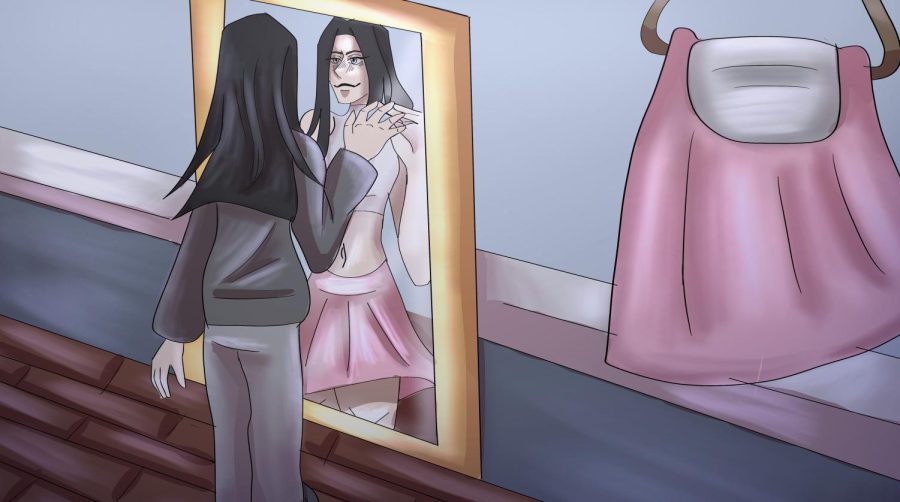 The Johnny Green sat down with the new principal, Mrs. Monell, and Junior class officer, Deanna Gilner, to discuss the issue of the dress code. Although this system has been well established in the school’s code of conduct, we have seen more violations in the last month, corresponding with the shift in power.

Sitting down with Monell, we spoke about the problems students have, and how most of these violations are geared towards the female students. Spaghetti straps and midriffs are a large portion of the violations, though many deem these rules trivial. In response, Monell said, “My job is to enforce the Code of Conduct,” she then cited the sections in question. “My job is to read that and ensure that we follow it. Not to determine whether it’s, you know, relevant in today’s society.”

Although it seems the dress code has been her top priority since becoming principal, she let us know this was not the case. When asked about why we have seen such an increase in violations and why this particular cause resonated with her, “I can tell you that it is something that a lot of adults had concerns with. Both in and out of the school building. Community members who had concerns about what they saw students wearing when they attended games or other school events,” Monell said. “It wasn’t something that was a part of my leadership platform… it just kind of fell on my lap.”

As previously stated, this wasn’t an issue that Monell would have addressed if not for the concerned group, but in addressing it, there seems to be a growing rift between students and those enforcing the Code. We asked about other alternatives she believed would appease both parties. “To be honest with you, I don’t think a lot about it. I think it caught the attention of students because it was something that had to be addressed. It’s made a lot of noise in the student body, but I don’t think it’s made a lot of noise in other places,” Monell said.  “In terms of going forward, the dress code is not really something I want to spend a lot of time on… I have to make sure you are adhering to the Code of Conduct because that’s how we keep people safe. Whether there’s room for change in that, I don’t know if that’s my job to determine that solely.”

On the other side of the argument, Gilner, the Junior Class Secretary. She sat down with us to speak about the problems students have with the dress code. When asked about her problem with the dress code, Gilner stated, “My main issue with the dress code and its enforcement is how it discriminates against those with female bodies. While I myself haven’t been dress coded, I have had several close friends who I believe were unfairly dress coded and punished, while other, more inappropriate behavior and expressions that pose a higher risk to students’ safety have been looked over by the admin.”

Many have sighted that the original purpose of the dress code was to protect students, though that point has been argued. Nevertheless, the dress code has seemed to morph from protecting students to restricting students, especially females. When asked to respond to this, and whether this school in particular has kept a safe balance between protection and discrimination, Gilner had some thoughts. “Frankly no. From what I have seen, the attire students wear to classes that the admin deems as inappropriate doesn’t pose a significant safety risk to students, while other, more dangerous behavior from students and staff alike has been disregarded, or has at least not been acted upon in the buildings as much as regulating what students, or females specifically, can wear,” Gilner said. “With so much attention on the gender expression and sexuality of young people in the country, people seem to be paying more attention to “protecting” society’s children. Enforcing a dress code more frequently creates a sense of doing good by protecting students and keeping them safe, however it likely does not have much of an impact in that regard. Rather, the increasing number of violations causes anxiety and stress in students, mostly in the disproportionately affected students assigned female at birth. The enforcement of a sexist dress code does more harm than good to all students.”

And finally, we asked Gilner the same question posed earlier to Monell. Whether she had any idea what could be done to make everyone happy. “I think that the dress code should not be enforced so strictly upon [female] students, and that they should only receive a violation of their attire that truly puts their safety at risk… Personally, in my nearly 5 years at the school, I have not heard of a single [male] person being dress coded, though I have seen plenty of attire on them that, in the admin’s views, should have been treated as “distracting” and inappropriate for school just the same as they would have been if an [female] person had worn those clothes,” Gilner said. “Rather than target its female students, the admin should be acting towards male students in a similar fashion. While it is still unnecessary to nitpick student’s attire and dish out dress code violations for a mere inch or two of exposed skin, the dress code should not exist with a predisposition to disproportionately discipline those of the female sex.”

No matter your opinion on the argument, it is clear that the current system is causing tension in the school, and should be addressed. While tackling this topic seems out of reach, it is also important to be able for us to find a feasible solution that can ensure that the administration can feel the students are being protected, while the students can also feel safe to express themselves without fear of punishment.