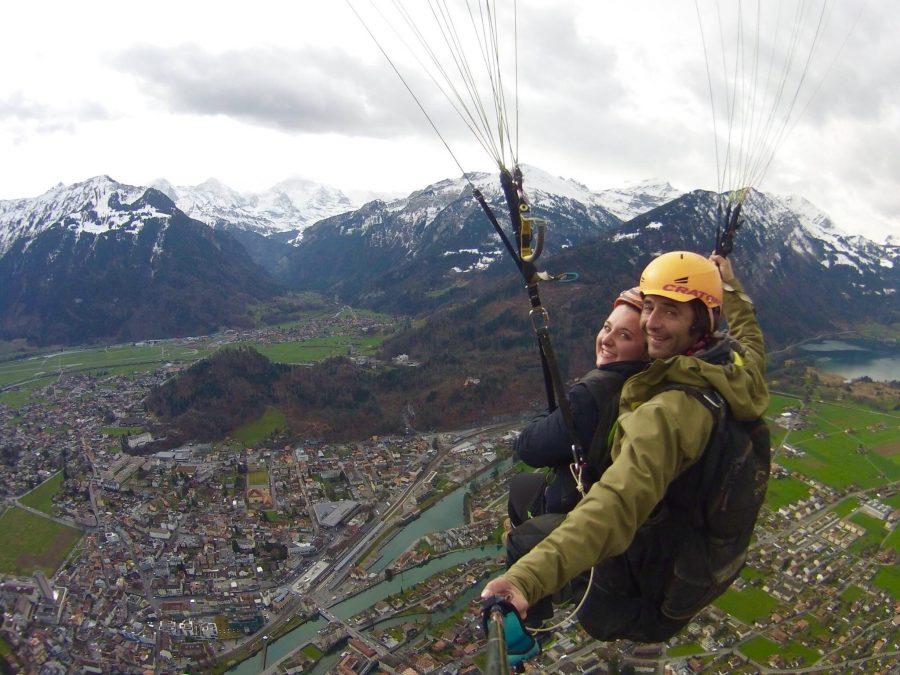 Biz parasails over the Swiss Alps.

Elizabeth (Biz) Chirco is a well-known WHS alumna (Class of 2013) and current Hobart and William Smith College student going to law school next fall. She has done many things already since high school. She has visited other countries, completed high level government internships, studied hard, and has a bright future ahead of her.

Biz had some incredible experiences while travelling abroad. She said that seeing the Northern lights in Iceland was the most magical thing she has ever seen, but her best experience educationally was when she was in an American History class taught in Ireland! “They put an emphasis on our captains of industry and our economic success, rather than American pride and our creation.”

Along with her travel experience, Chirco also learned a number of key lessons through a variety of internships. After her junior year, she interned for Congressman Tom Reed (R-NY 23rd District). She said she liked it because she had chances to engage herself in the community and work for the needs of people in the area. The summer of 2016 was a big one because she served for the Department of Justice Consumer Protection Branch. “I learned more in 3 months than I did in all the time before this internship.” She had the chance to work hands-on with paralegals and attorneys on cases that benefitted all consumers. She had time to have lunch and talk with the officials as well as hear their experiences and get their advice about her own future.

Biz discussed her plans for law school this fall, and she said she hopes to get into Ohio State or Northeastern, but she’s waiting for more to get back to her. She wants to focus on lobbying laws and she knows she wants to get into politics one day.

Finally, Chirco discussed some of her major influences in life. Both she and her brother David (Class of 2011) are heading to law school and her father Norm (a Weedsport School Board Member) is a lawyer. She has seen first hand the impacts on people’s lives they have. Her mom has held different positions in law throughout her life, and her brothers keep her competitive, which gives her the edge!

As for people outside her family, she mentioned how Ms. Leonardi has given her the confidence to do anything and been one of her greatest motivators both athletically and academically. “Anyone that goes to Weedsport is lucky to have someone that gives their all to the community and helps people every day.”

Ms. Leonardi responded by saying, “Biz is an extremely hard worker. She goes above and beyond what’s expected and she shows leadership skills that will influence her future.”

Biz is now finishing out her bachelor’s degree and heading to her further education this upcoming school year. She is going to work hard and be a role model for success out of a small school.