A Look Back at the NFL Playoffs 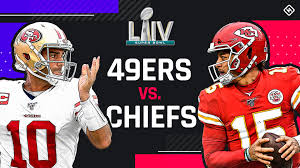 This year’s NFL Playoffs has spun off with curveballs. The teams of the AFC that made the playoffs are the Baltimore Ravens, Kansas City Chiefs, New England Patriots, and the Houston Texans clinching the divisional spots. The wildcard spots were clinched by the Buffalo Bills and the Tennessee Titans.

To start the AFC wildcard weekend on January 4 and 5, the favorable Buffalo Bills with a record of 10-6 take on the Houston Texans with a record of 9-7. The game starts with an electrifying burst of dominance from the Buffalo Bills. Then in the third quarter, the momentum shifted towards the Houston Texans. The Texans fought back with everything they have including great plays by Deshaun Watson into the fourth quarter. Both teams reach the end of the fourth with Houston leading 19-16 with 15 seconds left. Buffalo is lining up for a field goal to take the game into overtime only for the Texans to win the game on their second possession with a field goal making the final score of 22-19.

This leads us to the next game on wildcard weekend with the favorable New England Patriots with a record of 12-4 taking on the Tennessee Titans with a record of 9-7. The game starts with a strong possession by the Patriots but only able to score a field goal. The Titans defense held very strong against the Patriots offense. Throughout most of the game, both teams were scoring against each other making the game close. There were only a few plays that were beneficial for both teams such as deep throws from Tom Brady to advance the Patriots offense only to come up short on some possessions. Beneficial plays for both teams were defensive and rushing plays throughout the game even for the Titans. Many first downs during the game were achievable by rushing yardage. By the end of the second quarter, the Patriots managed to score 10 points added to their three while the Titans managed to score 14 going into halftime 14-13 with Titans in the lead. The third quarter is more of a stalemate because both teams manage to hold their offense to punt the ball. The fourth quarter was also a stalemate until the last seconds. The Patriots are down 1 at the Titans end of the field. Tom Brady’s pass to Mohamed Sanu Sr. was tipped only to be intercepted for a pick-six to seal the game for a Titans victory of 20-13.

Now, this leads up to the divisional round of the AFC. The Baltimore Ravens and Kansas City Chiefs both clinched the divisional spot. To see who would face them was decided by the victors of the wildcard games. The team with the better seed, which is the Texans, will face the Kansas City Chiefs. This leaves the Tennessee Titans to play against the Baltimore Ravens. I have interviewed two people to gather their insight on how the divisional round and further on in the AFC will go. I interviewed Mr. Corbin, the Algebra Two teacher here at Weedsport and Conner Butler, a junior here at Weedsport.

Q. How do you think the divisional round game, Ravens v. Titans, will go?

Corbin said, “Both teams have a great rushing game, Lamar Jackson has amazing talents while carrying the ball. Also, Derrick Henry has great skills when it comes to rushing. Overall, I believe that the Ravens will beat the Titans by double digits.”
Conner said, “the Ravens’ show great chemistry, defense, and offense that should overpower the Titans. I believe the Ravens will win.”

Q. How do you think the next game, Chiefs v. Texans, will go?

Corbin said, “I’m going to have to say the team with the better seed, and home advantage is going to win. Therefore I’m going for the Chiefs”.
Conner said, ‘The Chiefs have an overall good team through offense and defense. Patrick Mahomes is a great quarterback with good receivers behind him such as Tyrik Hill, Sammy Wakins, and more. The Texans have a good offense with Dahsawn Watson and his running and passing ability. Watson also has his receivers DeAndre Hopkins and Will Fuller. Anyways, I think the Chiefs will pull off the win”.

Q. Mr. Corbin, you have the Ravens and the Chiefs in the AFC divisional title game, who do you think will win?

“Logically since the Ravens have the upper hand with being home, they should win. But, I’m going to have to say the Chiefs are going to win”.

Q. Conner, You also have the Ravens versus the Chiefs in the AFC divisional title game, who do you think will win?

“I believe that the Chiefs will win because, in this situation, I’m rooting for the underdog which would be the Chiefs in this case”.

The teams of the NFC that made the playoffs are the San Francisco 49ers, Green Bay Packers, New Orleans Saints, and the Philadelphia Eagles clinching the divisional spots. The wildcard spots were clinched by the Seattle Seahawks and Minnesota Vikings.

To start the NFC wildcard weekend on January 4 and 5, the New Orleans Saints take on the Minnesota Vikings. In the first quarter, both the Saints and Vikings defense held strong throughout the first only letting each team score 3 points. In the second quarter, backup quarterback Taysom Hill starts with a bomb to Deonte Harris to set up a touchdown shortly after. At the end of the second quarter, Drew Brees throws an interception with 2:17 minutes left. This leads the Vikings with another score making the lead 13-10 by the half. The beginning of the third quarter is alternating possessions until near the end. The Vikings make their way upfield for Dalvin Cook to run it in making the score 20-10 with Vikings leading. Into the fourth quarter, the Saints start with Drew Brees throwing to Taysom Hill for Saints touchdown. At 4:18 in the fourth, the Vikings get a fumble recovery by sacking Drew Brees. The Vikings run the clock down to a minute left. With seven seconds left, the Saints manage to kick a field goal, sending the game into overtime. The Vikings start with the ball in overtime. Taking the ball upfield, the Vikings manage to score, advancing themselves in the playoffs. The final score was 26-20.

The second game in the NFC wildcard was the Seattle Seahawks versus the Philadelphia Eagles. To start the game, throughout the first quarter, possessions were alternated by both teams. At the end of the first, the Seahawks make it up to the 49-yard line to kick and make a field goal. The score is 3-0, Seahawks. Into the second quarter, until 2:53 minutes are left, the Eagles made a field goal to tie the score, 3-3. One minute is left in the half and Marshawn Lynch scored for the Seahawks, the score is 10-3. Into the third quarter, the Eagles made it upfield just to score a field goal. The score is 10-6. The Seahawks’ next possession, in a few amounts of plays, the Seahawks were able to score another touchdown. The score is 17-6. At the end of the third, the Eagles were able to kick another field goal making the score 17-9. Throughout the fourth quarter, the Seahawks were able to maintain their lead. The final score was 17-6, Seahawks. I interviewed Mr. Corbin and Conner Butler about their predictions throughout the rest of the playoffs.

Q. In the NFC, the Vikings will take on the 49ers, how do you think this game will go?

Q. In the NFC, the Seahawks take on the Packers, how do you think this game will go?

Corbin said, “Ultimately, the Packers are more rounded off then the Seahawks are. Again, I’m going to have to go with the higher seed and say the Packers.
Conner said, “The Seahawks and Russel Wilson have shown that they can make a good comeback. Therefore I’d say the Seahawks will win in a comeback scenario”.

Q. Mr. Corbin, you have the 49ers versus the Packers for the NFC divisional title game, who do you think will win?

“Again, I’m going to have to go with the higher seed team at this point. Therefore I think that the 49ers will win”.

Q. Conner, you have the Seahawks versus the 49ers in the NFC divisional title game, who do you think will win?

“The Seahawks have made it pretty far in the playoffs but I believe this is their stop. The 49ers will win this game.”

Now, this leads us to the Superbowl, here are Mr. Corbin’s and Conner Butler’s predictions for the Superbowl.

Q. You both have the Chiefs versus the 49ers in the Superbowl, who’s taking home the title?

Now we as normal people have to wait and see how the playoffs happen. Maybe Mr. Corbin’s and Conner Butler’s predictions are right. Maybe they’re not right. That is why the NFL can lead anywhere, multiple things can happen. This unexpected can happen that shock the people watching the game. The NFL throws multiple curveballs that no one expects.