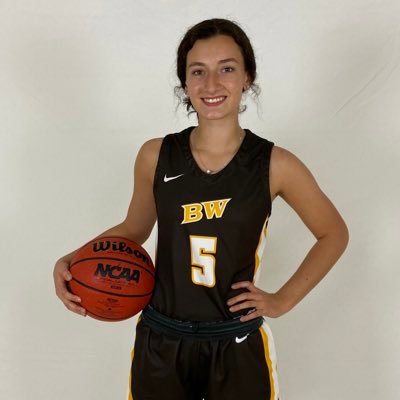 Suzie Nemec recently decided to attend Baldwin Wallace University in Berea, Ohio next year where she’ll go to school and play basketball for the Yellow Jackets.

Covid-19 has had a major impact on both school and travel sports. Some school sports have had their seasons, and some have been delayed, and travel sports are dealing with the same uncertainty. Many students at Weedsport have played through these troubling times and have overcome difficult changes. However, these changes are different from the changes in school athletics.

When Covid-19 first started affecting the country, many travel teams had to decide how they were going to handle the issue. Would they play or would they not, and if they did would they travel or stay local?

Weedsport Junior Christina Jackson explains, “We practiced at least once a week and we played tournaments throughout the summer.” Her softball team continued to travel as they usually do, whereas Weedsport Senior Suzie Nemec who plays basketball said, “Covid actually canceled my last season of AAU.” She was only able to play in three tournaments with very strict rules.

Seeing as the two sports are very different contact wise it makes sense they would have different restrictions. Basketball can be very physical and there is a lot of contact between the players. Softball does have contact but not as much and the players are socially distanced naturally in their positions.

Depending on where you go there are different rules for softball. “In New Jersey, we had to wear a mask while batting because we were within six feet of the catcher and the umpire.” No matter where they went they had to wear masks unless they were on the field, including the dugout.

Some of these rules even affected the gameplay. “At Hopkins Road Complex, the ump stood behind the pitcher and there was only one compared to two. It made it difficult to officiate the game,” said Jackson.

Nemec explained that she had a very different experience. “We only got to have about three tournaments and there were limited fans.” The players also did not wear masks playing.

A major concern at the beginning of the pandemic was if these circumstances would hurt the player or give them time to become better. Both Nemec and Jackson agreed that Covid had not affected them as a player in negative ways.

“I could never imagine not playing for even a few months…I’m fortunate that Covid hasn’t affected me and how I play negatively,” said Jackson.

Nemec explained that if anything the pandemic benefitted her. “Since everything shut down I was able to work on my skills more and I think it made me a better all-around player.” Covid gave her the chance to get ready for the next level of basketball. Nemec recently decided to attend Baldwin Wallace University in Berea, Ohio next year where she’ll go to school and play basketball for the Yellow Jackets.

Another challenge faced by the players was the recruitment process. Both had handled the process differently and had different experiences.

Nemec explained, “Covid made recruiting a lot harder because coaches couldn’t actually come to the games and there weren’t a lot of tournaments they could watch.” She resorted to going on Zooms to talk to college coaches and it was very different than what she was used to.

Despite Covid interfering she did not let it set her back. “AAU was one of the highlights of my life so far and I’m so glad I got to meet all these new people and coaches.”

Jackson was frustrated with the recruitment process. “Being a junior it would’ve been nice to talk to college coaches in person at the showcase tournaments we attended.” Most college coaches live-streamed the games because there were cameras behind the plate on the backstop. “I play center field and it’s difficult to see potential outfielders with that setup.”

Despite the challenges she faced she was able to overcome them and isn’t looking for colleges yet but plans to, later on, this year.

Both players experienced a whole new world of changes in their travel sports and allowed the experience to be positive and benefit them. These sports are a big part of their lives and even though it was the season they were expecting they did their best with what they were able to accomplish.