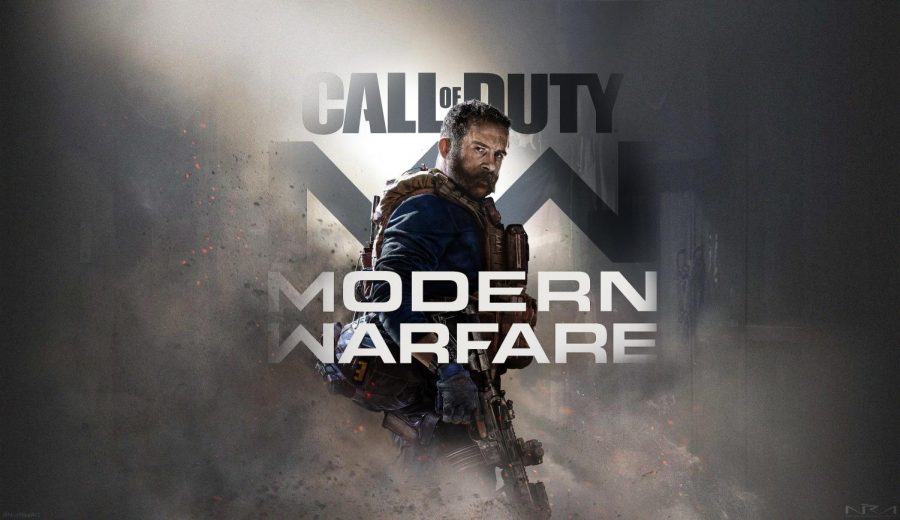 At the very beginning of the campaign, you witness the atrocities of terrorism. This continues throughout the campaign giving it a very grounded bleak feeling. In various points across your journey, your morals are tested and that is perhaps the best part of it, You feel for the characters.The ModernWarfare campaign overall is incredible.

Next is Multiplayer. Multiplayer is the most controversial part of this game as with most COD games. In 2017 with COD WW2 the biggest complaint was boring 3-lane maps and now we have the complete opposite of that issue. The maps are far too open with too many corners and windows where newer players can just sit in and get easy kills. However, most would consider these to be the only downsides. This game has the biggest map in Call of Duty history alongside having by far the most attachments in Call of Duty history.

This game is great to play with friends because when playing custom matches there is an unrivaled amount of customization and the same with online matches because you have always got something to work towards. The gunplay is super fun and there are many maps with many game modes to play. Spec Ops is enjoyable yet shouldn’t be considered the premiere feature of the game.

Although there are many issues with the game, we already have proof from the developers (who often keep the community updated on their Twitter accounts) that there are multiple weapons balancing changes to make the game even more enjoyable. The community has also discovered 38 leaked maps!

So far there has been an overall positive response, while the game does have issues they are being addressed. This game was is worth the buy if you are looking for a new game to play by yourself or with friends, however, it wouldn’t hurt to wait a month or so

C.O.D. Modern Warfare: Not So Great

The new Call of Duty: Modern Warfare has recently released and over the past couple of weeks there have been many mixed opinions about how much people enjoy the game. The game takes place in a modern setting, hence the name Modern Warfare. The setting is a fictional country called Urzikstan which is in the Middle East.

Some things that are good about the game are the fact that it is a boots on the ground game which means that most of the fighting takes place on the ground rather than some previous games where there has been booster packs or exo suits and a lot of the combat is in the air. That style of play has been receiving a lot of backlash from the Call of Duty gaming community because many people did not like it. It is a good thing that they are returning to the boots on the ground play style because sales of Call of Duty games have gone down since the introduction of exo suits and booster packs. Another interesting and fun addition to the game is how players are now able to open doors which you were not able to do in previous Call of Duty games.

There are a lot of things that make the game less enjoyable for others. One of the things is how the maps are extremely hard to play on. Most of the maps are very large and it takes players a while before they see someone or even engage in combat. The maps are mostly plain colors that match the colors of the other players which makes it harder to spot them, especially in such big maps. The maps also have many hiding spots which makes it easier for the enemy team to camp or hide in the spots and be able to kill you easier before you can spot them. These factors make the game more slow-paced which can be enjoyable for casual players but makes it harder for competitive players to do good and to fully enjoy the game.

Another factor is how the guns are not balanced the way they should be. The submachine guns or SMGs shoot faster than assault rifles or ARs which is normal but, the ARs are supposed to do much more damage than the SMGs do which it seems for many people that the SMGs do more damage. Also, SMGs seem to be more deadly from a longer range which they are supposed to be better up close and not have that far of a range on them. They seem to be more useful from a range than the ARs which are supposed to have a longer range than the SMGs. Also, SMGs have less recoil while shooting than the ARs, which is also not supposed to happen because the SMGs fire faster and having more recoil balances out the guns.

The last problem is how on some consoles, the game would crash. This would result in the whole console shutting off. This problem has since been fixed but was a big problem during the game’s first week being out.

If you like Battlefield then this is a game that might be interesting to you because it fits that slower playstyle more. However, if you like a more fast-paced game with weapons that are correctly balanced then you might want to pass on Call of Duty: Modern Warfare.